On Wednesday 27 October 2010, Whilst we were loading coal on-board Hadar, a film crew arrived at Union Wharf to do some filming for what was to be a BBC program called “The Golden Age of Canals”. Whilst the film crew were waiting for their interviewee to arrive they asked if they could do some filming of us loading coal?
We agreed. This was Jo being interviewed. 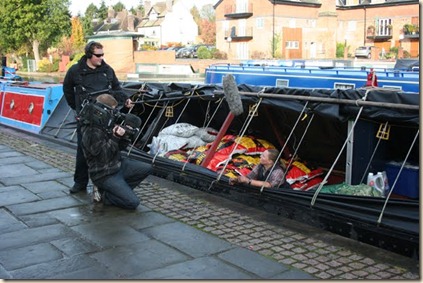 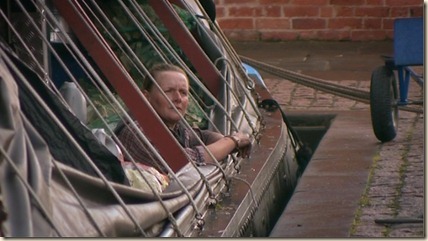 Then I was filmed loading coal into the hold 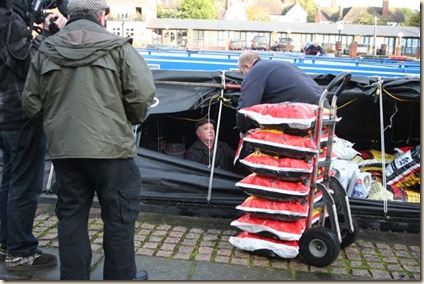 Later on the film crew did some filming from the boat as we left Union Wharf. 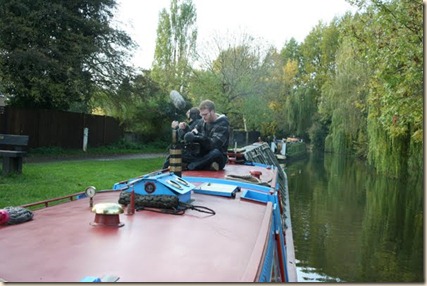 We were asked if we would be happy to do further filming if it was required, again we agreed. We were contacted and an arrangement was made to do more filming on Friday November 26th, which we did at Foxton. 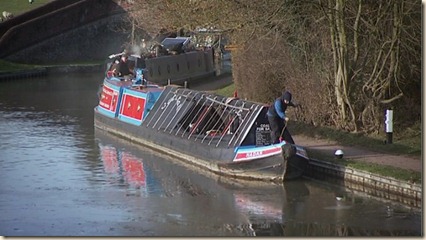 As can be seen in these photos the canal was freezing as we were filmed. 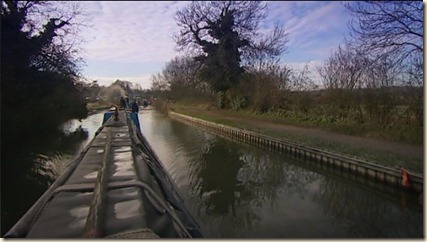 It took nearly all day, and we were left travelling to Union Wharf in the dark and freezing canal, but fortunately we made it before the canal froze solid.

Not all the footage was used, in fact only about 2 minutes was used out of 1½ days filming.
The whole program was about the early volunteers who battled with British Waterways to rescue canals.

The program is available on DVD from Amazon.